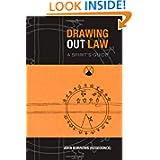 Drawing Out Law: A Spirit's Guide by John Borrows

It was interesting to see the blending of perspectives and the organic nature of the way ideas were presented, often without any prescriptive conclusions.  I've been following the ethics writings of Dr. De Mars, which stem from a First Nations perspective [3].  Doing the same with law seems natural.

Dome of the perspectives are though provoking, ones I would never have considered.  For example, in a discussion of abortion, he draws an analogy between reproductive rights and the (re) development of tribal entities as mature(ing) life in the body of another nation. Throughout discussing the rights and interests, autonomy and perspective, Borrows refuses to engage in prescription, merely providing multiple reframings with a bottom line that more reframing from a First Nations perspective would be valuable.

The pattern of acknowledging multiple approaches, perspectives and frames, suggesting more in the context of soft bordered stories, but not prescribing a result, prescribing a frame or insisting on any perspective, is what marks the book.  It invites thought rather than provides conclusions.

In reading the book it helps if the reader is able to accept Jared Diamond's core premises:  (1) that those distant from us in time or culture are not "the other" and (2) regardless, it is wrong to abuse, exploit, exterminate or dominate other groups regardless of whether we consider them inferior or less organized than our reference or not. [4]

If you come to the book rejecting those two premises, you are probably not going to get very far.

The book does not go astray very often. [5]  Over and over it presents attacks on the author or his discussions and meets them not with responses or answers, but with narratives and invitations to explore.

I was amazed to see the last chapter was titled after the Wendigo (Windigos in the book).[7]


[1]  I eventually gave in and read Campbell in the 1980s.   I would suggest that he is more enjoyable if you do not know the Ishtar cycle before you read him.

[5] I've just run across the trickster and dogs looking for their tales story too many times to appreciate it once more, though telling it twice (early in the book and then at page 215) made me smile.

[7] I know, this note is out of order, but it should be the last word, so I've put it this way.  Cheeby-Akeeng is really an afterword, a coda, rather than a last chapter.
Posted by Stephen at 5:57 PM